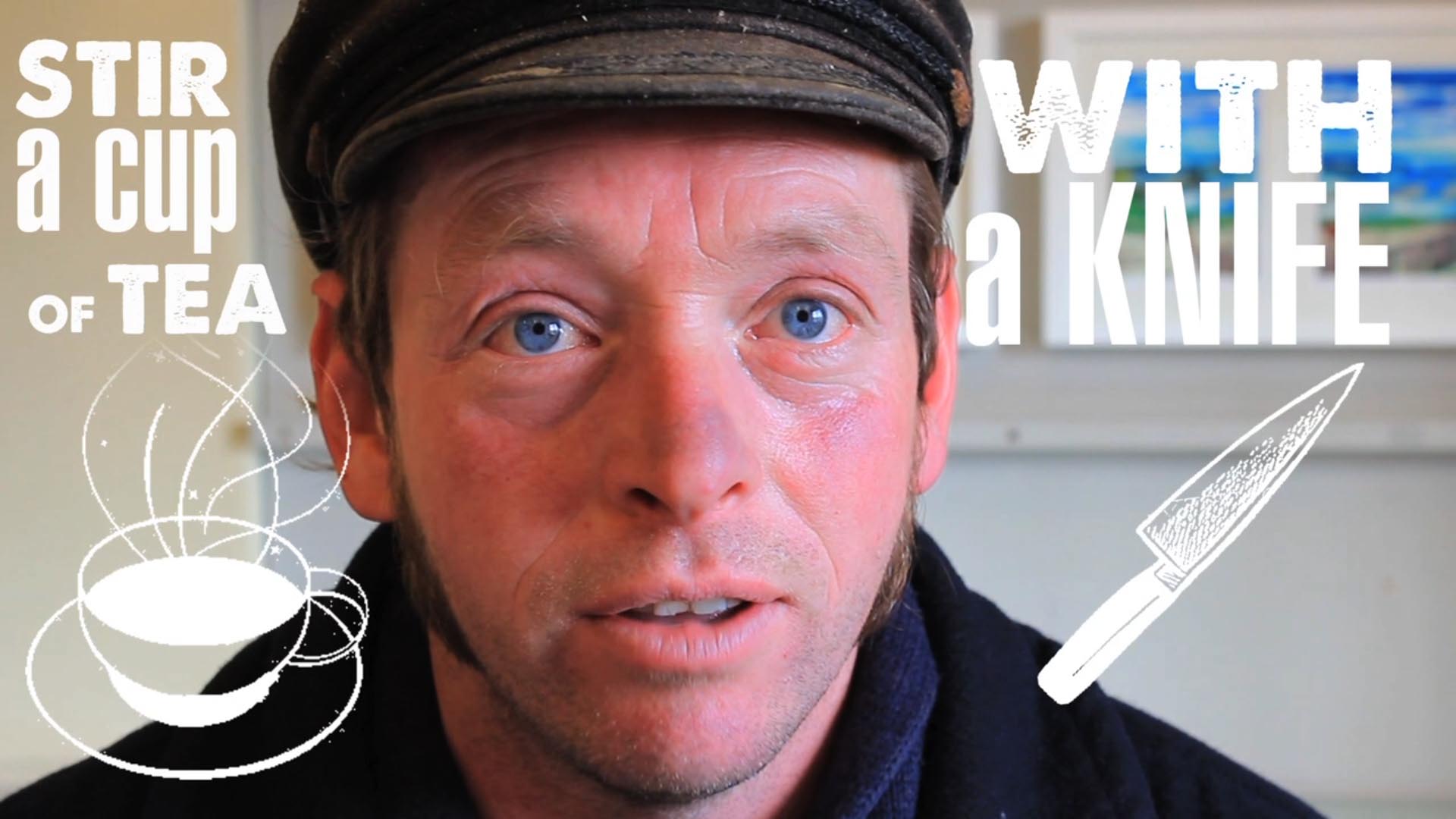 Michael Farren skipper of the Beal Linn, video grab extract "it is bad luck to stir a cup of tea with a knife!"

An exploration of Howth's Fishermen Superstitions

McLeod having gained the trust of the Howth lobster boat men made a study of their local sea-lore and traditions. He highlighted their boats in the pictures he painted and in so doing he created a wonderful visual harbour collection.

The fishermen proved to be extremely generous when they shared their knowledge, heritage and traditions of working at sea. They related stories that were informative and often very entertaining.

Many of these stories had not been heard before and McLeod found them fascinating. McLeod noted that these stories seem to exist only outside the harbour, ie. "at sea".

He noted that the stories that were told had specific functions buried within them. After talking to many boat men about these stories, underlying themes emerged - mindfulness at sea, reading the sea conditions etc. Mcleod concluded that the stories were a form of early of Health and Safety reminders!

The stories were imbued with a "Howth slant" and were passed on from father to son, neighbour to neighbour and so on. Unfortunately the current generation of fishermens' sons are showing little or no interest in following in their fathers' footsteps. Many fishermen lamented this fact and were concerned that the aural traditions and stories will not be carried on and may be lost forever.

This last comment was the catalyst for McLeod to start collecting and recording the fishermens stories. The aim of the video interviews was to explore Howth fishermens' superstitions, traditions and rich heritage. The objective was to make all video recordings available to the Howth Community as well as to a wider global audience. The Dublin City University Folklore Department have linked in this film and many academics have used the recordings as part of their research for their publications and papers on Irish Folklore.

"I would like to thank all who contributed and helped me in production of this film!" Alan McLeod